Yuuko Asou (麻生優子, Asō Yūko) is the main protagonist from the major part of the Valis series. She was designed as the Valis warrior by Valia. She was born in Vecanti but later resided in Tokyo, Japan.

Yuuko is one of Valia's daughters along with her younger sister Valna. Although born in Vanity, she was sent to the human world for unknown reasons (maybe the eternal conflict between the dream world and the dark world) and then adopted by a woman from there when she was a baby. After many years she became a normal highschool student with a pacific life, but that changed when strange creatures attacked her hometown and her. She used the Valis sword that appeared in front of her to protect, she met her true mother (not knowing It yet) afterwards only to know that she is destinated to protect the three worlds from any menace. Thus starting her double life as the Valis warrior as she realized the objetives of Rogles. She had to fight many fierce opponents and watch many people die in front of her eyes, such as her friend Reiko. In the process she discovers her true identity as Valia's daughter and accepts Valna as her sister.

After many time fighting, Yuuko decided to save the Valis sword in Valhalla, outside of the reaches of evil hands, becoming therefore the Valis godess.

She became aware then that a new evil dominator named Galgear was putting the worlds in jeopardy once again and tested a new warrior, Lena Brande, to give her the Valis sword. Lena completed successfully the test and became the new Valis warrior. After this, nothing about Yuuko's fate is known as she still seems to live in Valhalla.

Yuuko is a normal teenage girl. When the series started, she was potrayed as a lazy, shy and fearful girl, although, when needed, she is brave and full of determination. She is also kind and worries about her beloved people (such as Reiko or Valia). She seems to like little animals (such as puppies), toasted bread and fashion (as seen when she puts on any of her suits).

Yuuko is very athletic, she has an innate hability to jump highly with and without the Valis power.

As the Valis warrior, Yuuko can use her sword to attack at range or with different types of offensive shots. She can also use the Fantasm Jewels to cast many spells and is invulnerable to many attacks that would be deadly for normal humans. Within this form she can jump even higher and slide under narrow passages. In Valis SD she can shot with her sword upwards and do a double jump.

As the Valis goddess, she can levitate (as Valia did), throw sparks and make copies/ illusions of herself in many forms.

As the main protagonist, Yuuko appeared in all the Valis games and compilations.

During the main series first three games, she changes progressively her normal teenager life to that of the Valis warrior, by fighting many dark emperors and their armys protecting Vecanti and the human world from their ambitions, afterwardly helped by Valna and Cham.

In Valis IV she leaves her protagonist role to Lena, becoming her mentor and the Valis godess.

In Valis SD her role of the main series remains the same, although she is potrayed as a sillier, forgetful and naive girl in a commical way.

Yuuko makes a cameo appearance in another game of Telenet called Dekoboko Densetsu along with Megas, a racing game for the PC-Engine. In the opening scene, she appears in a screen in the lower-right part of the control board.

Yuuko also appears in a another game by Telenet called Super Albatross, a golfing game for the PC-Engine. Yuuko is a caddie but she is selected at random during the training mode. She will appear in random poses, different outfits, making face expressions and says random quotes while holding the Sword of Valis with her.

Yuuko also appears in the two mangas of Valis following a similar role. In the ZOL's manga she seems to be more frightened by the monsters that chase her, but as in the game, she becomes brave within the time and fights them.

Yuuko's artwork from the MSX manual of Valis I

Yuuko in the Valis I Famicom's cover

Yuuko in the Valis I Famicom's trailer

Yuuko as seen on Valis I (PCE-CD) 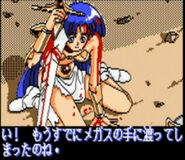 Baby Yuuko along with Valna 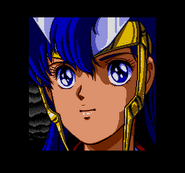 Yuuko with the Leethus armor from Valis SD

Yuuko as seen in the Valis I (Mega drive) cover

Yuuko artwork from Valis I (PCE-CD) 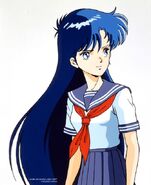 Yuuko artwork from Valis I (PCE-CD) 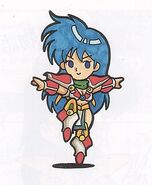 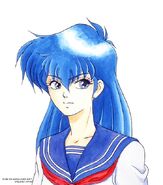 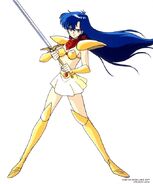 Yuuko artwork along Valna and Cham from Valis III

Yuuko artwork along Valna and Cham from Valis III soundtrack

Yuuko artwork along Valna, Cham and Leigh from Valis III

Yuuko artwork along Valna and Cham from Valis III

Yuuko SD artwork along with Valna and Cham from Valis III

Yuuko in the cover of The Valis World artbook

Yuuko artwork from Valis I (Vodafone)

Yuuko from the first Valis manga

Yuuko in the new manga

Yuuko in the cover of Valis Complete/ Plus 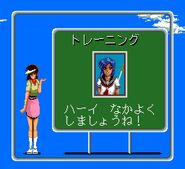 Yuuko's cameo in Super Albatross
Add a photo to this gallery

Retrieved from "https://valis.fandom.com/wiki/Yuuko_Asou?oldid=5904"
Community content is available under CC-BY-SA unless otherwise noted.